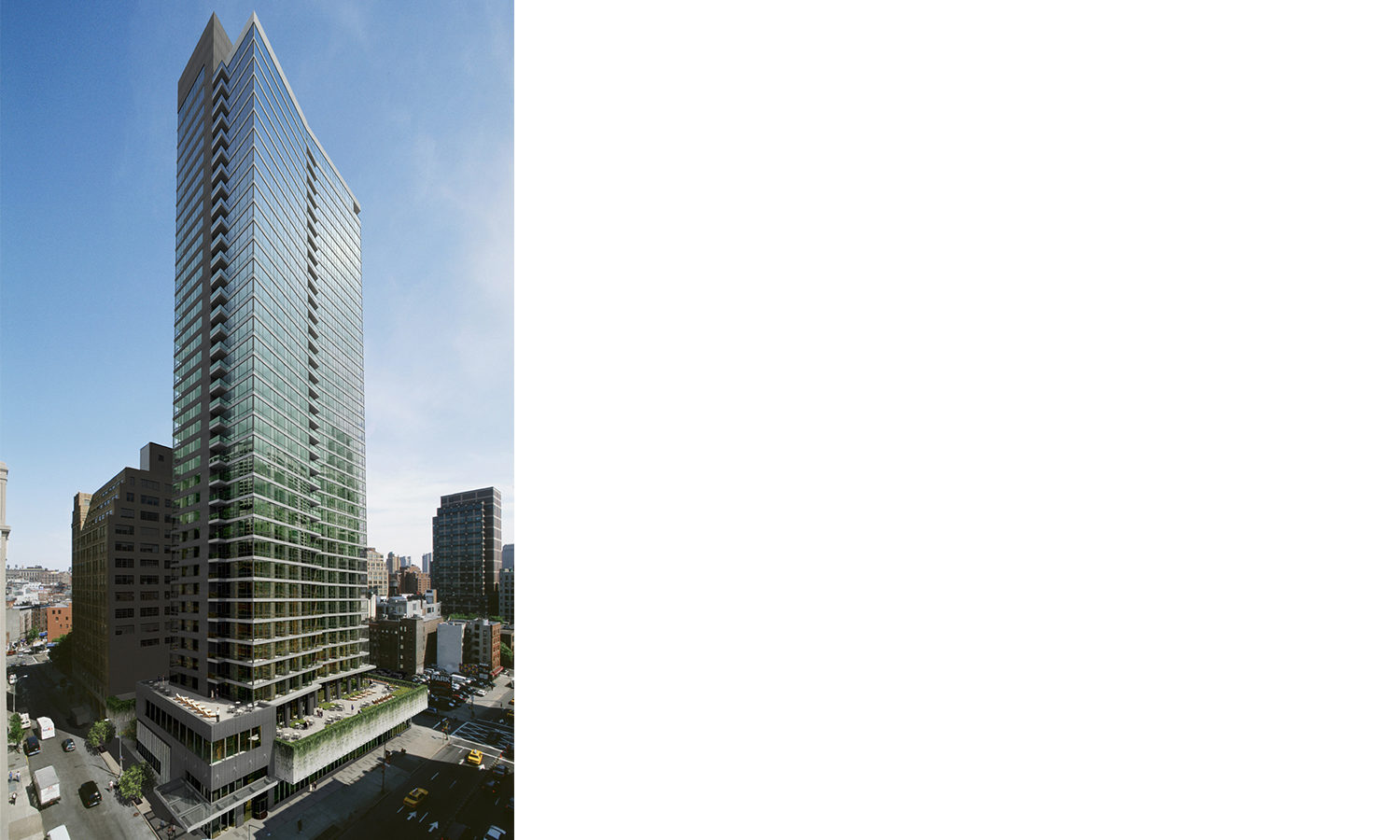 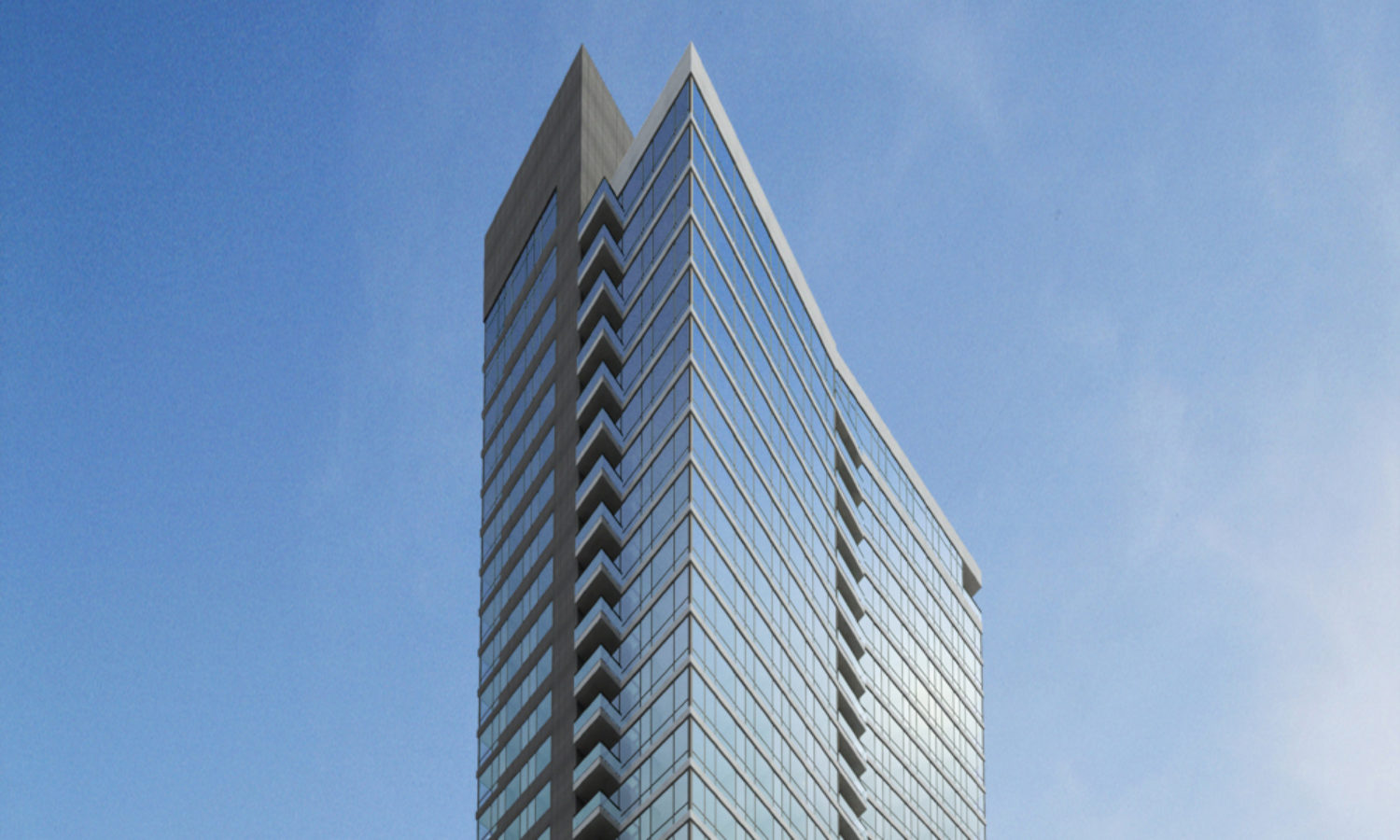 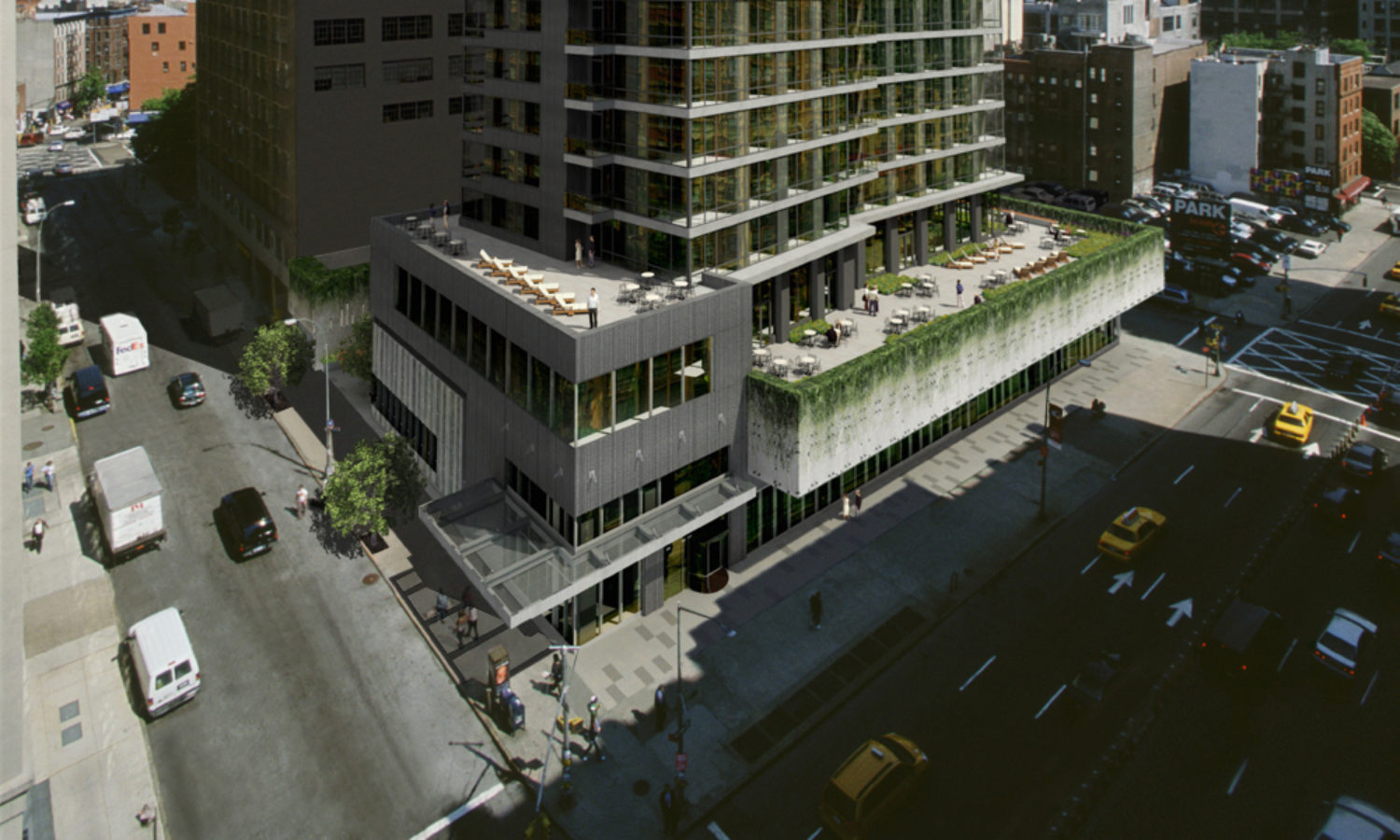 The Dominick Hotel is a 374,000 sq. ft. 46-story tower consisting of 391 guestrooms and clad in a silver glass curtain wall. Located a block west of Sixth Avenue, The Dominick, formerly known as the Trump SoHo, is on the western edge of SoHo in an area populated mostly by office space but just a block away from the restaurants and boutiques that SoHo is known for.

The slender tower’s profile on the skyline is defined by a series of skybox windows that project outward from the face of the tower and capture select vistas. Behind each of these facade elements are larger guest rooms enclosed in crystal-clear glass, which face four unique panoramas: the expansive landscape of the sundeck and pool, the horizon of the Hudson River, New York Harbor and the Statue of Liberty to the southwest, and the Empire State Building to the northeast.

The energy of the hotel’s public spaces is revealed to the street through clear glass, while more private uses are concealed behind translucent glass. The banquet level is wrapped in a custom patterned glass frit, allowing varied glimpses of its ever-changing interior. Along the site’s eastern edge, a public plaza links Spring Street to Dominick Street.

The ground floor features a dramatic two-story entry to the hotel lobby, which includes artwork commissioned from local SoHo artists and intimate seating areas.  Beyond the lobby are an upscale restaurant and a full-service bar, which can also be accessed directly from Varick Street.